What Can Scary Text Generator do for you: 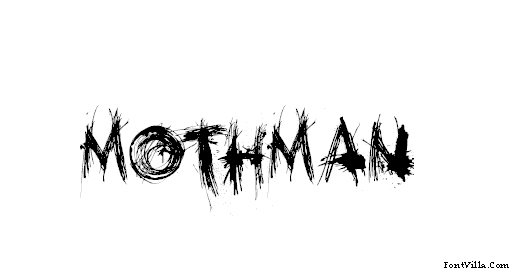 When almost every piece of information is available to you at the click of a button, when luxuries become readily available to you as a result of expanding consumerism and capitalism, it is sometimes difficult to find something that might actually keep you from getting bored.

You want to find a new hobby, a new app, a new interest every single day and there aren’t many things that grab your attention. However, there is one thing that has become a constant part of our lives over the past few years and that is the use of social media or social networking websites as well as apps.

And in order to make this experience more fun whether it is while creating a post or simply sending a message, we want to keep trying new things such as using different fonts. This is important so that the monotony of the generic, standard fonts used on social media websites and apps such as Facebook, Instagram, etc can be avoided. The set of fonts that stands out the most is that of scary font copy paste.

It is extremely different as well as unique. The scary text also includes Zalgo text. The term Zalgo is basically associated with something that is scary. The term Zalgo’s origin can be found in a nancy and Archie comic that dates back to 2004. In that comic Zalgo was the name of a scary, demonic character who was able to take over and control people’s minds.

Zalgo text is basically a type of scary text that appears in a way as if there was some glitch or error or the text was corrupted.

For instance, if you are to write “hello” in Zalgo text, it would appear as h̷̡͈̙̮͇͚̩̪̥̬͖̙͎̯̣͐͂̐̋́͂̀͂̓͝e̴͈͚̐̎͌l̷̡̼̥̥̮̘̂́̉l̴̝̰͖̈̎́̊̂́̈́͂́̾̍̎ǫ̵͎̹̱̽͛̉̑̽̐͊̋̐̚͠͝.

This is very interesting considering that this text type creates this spooky and creepy looking look making it seem like the letters are falling apart or as if there is a major glitch causing this. But this is just one type of scary text art. Other scary text fonts include the tree-like font, spider font, double feature font, etc.

How does Scary Font Generator work?

The scary text generator is a fun, efficient, and easy-to-use font generator. More often than not, we see scary looking text appear on several websites however when we wish to copy it and paste it elsewhere such as on different social media platforms like Facebook, Twitter, Tumblr, Youtube, etc we always fail to do so and the text fails to appear in the new scary style font that we want it to.

Unicode uses a set of symbols that look like the original Latin alphabet. What Unicode creators actually wanted to do was that they wanted to cater to all the languages out there but that seemed close to impossible considering the large number of languages that exist in the world. What they did to make this possible was that they created tens of thousands of Unicode symbols. The scary text maker is a fun and unique way to generate spooky and crazy-looking fonts. The scary writing generator can be used to generate text that can be used on different social media platforms such as under scary videos on Youtube, on your Facebook status, and even while typing your Instagram posts and captions to give that scary touch which would look scary making it more noticeable than normal, boring text.

The scary font generator is a great way to create spooky text which would be more fun to use especially on occasions such as Halloween or for themed parties as well.

For instance, if you wish to create banners or invitation cards for Halloween, you can use the scary text generator to generate a number of fonts from which you can choose one according to your own liking to add an extra scary touch through which you can personalize your party decor as well as the invites.

It will make your captions, posts and comments appear to be more eye-catching, different, and unique. This can also help social media personalities and influencers attract more people to their posts increasing their reach, followers, number of likes as well as their overall fan base once people notice the unique fonts that are being used.

Furthermore, this scary font generator can also be used in Photoshop or other similar software as part of a project in order to make your text appear different and unique. If someone is creating a poster or an image that is supposed to look a bit scary letters generator or there is a poster for a horror or Halloween movie or a play, the scary letter generator is the ideal tool to generate letters that would leave that scary, spooky effect.

The scary word generator, with its easy and fun to use features, is extremely enjoyable and time-efficient, and perfect for people who wish to bring all that extra attention to what they choose to put out on their social media for the world to see or even for people who just wish to make texting or post sharing via social media a bit more fun.